How To Plan Ahead With Ease And Grace

I am so grateful to my ADHD clients. I learn so much from them.

Here is a story that happened a few weeks ago.

Estelle came to the session with a question. She was feeling moody and anxious. She felt more easily triggered and she had to work on herself to rein in her emotions. She didn’t know why.

She said that her sister-in-law had moved in for a short while. Estelle and her husband had graciously given her their spare room. Estelle worked from home. The spare room was her office, where she spent 8 hours every day.

Since her sister-in-law had moved in, she moved her office to the couch in her main living room. She came in often and chatted to her. She found it increasingly hard to focus on her work. When she was disturbed, she found it very hard to get back into her previous hyper-focus mode.

Estelle and her partner had spent a lot of time and money making the room liveable, decorating, and replacing the floor. She was happy to do so.

Her cat was very disturbed. The spare room was her room, and she was now displaced.

We discussed how to support Estelle to keep herself focused and on track.

I made her aware of what a kind person she was. Family came up very high on her list of value priorities. She hadn’t realised that. She thought that this was normal. I showed her that it was super normal!

She didn’t realise how unsettling this change would be. She thought she was flawed in some way for feeling so unsettled and upset.

When her sister-in-law came into the living room, even for a short chit chat, she found it so hard to get back to her work. Her internal dialogue was set off, yoyoing back and forth, and she couldn’t quiet the ping-pong dialogue.

We discussed some tools to support her need to work undisturbed. Here are some tools that Estelle came up with.

Spend a couple of hours a day doing her computer work at the local library and café.

We created together short and focused rescue phrases to use when she got disturbed.  We addressed some negative beliefs that were stopping her from putting those rescue phrases into action.

Estelle practised the rescue phrases, and she learned the trick to avoid eye contact during these times so her emotions wouldn’t get dragged in.

Practise being kind to herself. Notice that her actions are not just “normal,” they are supernormal.

This story took place over 4 coaching sessions to work through. Estelle felt supported that there were answers to her problems. Most importantly, she felt empowered that in the future she would be able to find the solutions that she needed by herself.

This is the goal of ADHD coaching.

My Online courses are a fantastic resource for you to learn how to unlock your ADHD potential. 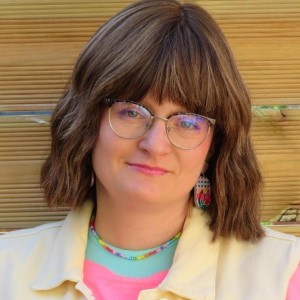 How To Plan Ahead With Ease And Grace

I am so grateful to my ADHD clients. I learn so much from them.

Here is a story that happened a few weeks ago.

What I think is “normal” is actually “ADHD supernormal”

What I think is “normal” is actually “ADHD supernormal”
I have a wonderful new PA who is supporting me in my far too many admin and social media tasks.

I am The Real ADHD Deal

I hold a unique position in the ADHD world.

I have trained to the highest standard in ADHD coaching. I am a PAAC certified ADHD Coach.